Back in May I bought a 1963 Goya F-11 from a pawn shop San Diego, California. It’s my 18th Levin so far but my first steel stringed classical guitar, or it’s actually more of a Flamenco shape than a normal Spanish guitar. It’s an awesome little finger picker with a wide nut and pretty small body, very comfortable to play in the sofa. The sound is very different, I guess because it’s a steel stringed but fan braced and built like a classical guitar. These type of guitars got really popular in the mid 1960’s during the folk boom in the US and Levin built quite a few under the Goya brand to compete with the Gibson F-25 and other concert sized steel stringed folk guitars of the time. I have never played anything like this before and really like it, even though it doesn’t sound as good as a Goya T-16 for chord playing, it has something almost ladder braced like in the sound that makes it pretty unique.

A 1963 Goya F-11, worn, bruised and beaten but still very beautiful, I love the flamed back. It’s fun that half the logo has been removed to read Joy instead of Goya. 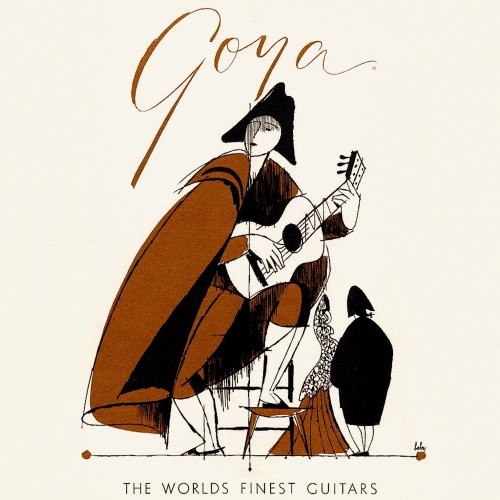 Taken from a 1964 Goya catalogue