I’ve decided to thin out my electric guitar collection as well so if you see anything you like, just get in touch claesgellerbrink@gmail.com

Fender Stratocaster, Made in USA, Fullerton plant 1979, SOLD
A late 1970’s hardtail Fender Stratocaster in a classic 3-tone sunburst. The neck is stamped with 1978 but body, pickguard and pickups says 1979, very common on late 1970’s Fender. All hardware is original but the volume pot and 5-way switch has been changed and the middle pickup is a bit of a mystery, neck and bridge are original Fender and stamped 1979. It’s in really good state for its age with just a few marks to the body, the grain is amazing and it looks like it’s a one piece ash body. The back of the neck is in great shape just like the original jumbo frets and fretboard. It sounds and feels awesome. You can read more about the guitar here and here and watch this Youtube clip. 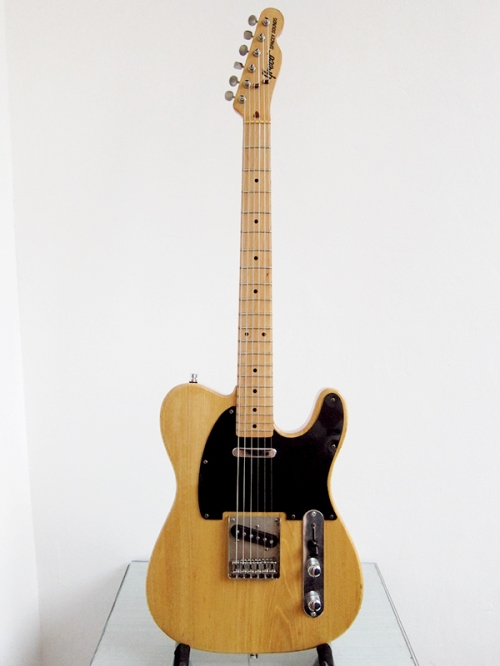 Greco Spacey Sounds TL-500, Made in Japan 1979, SOLD
This is as close to a vintage Japan made Fender Telecaster you can get, built in the same FujiGen factory just before Fender gave the contract to build the first JV, Japan Vintage, series there. Greco is well known for their build quality and the sound of their Maxon pickups. This is an all original Greco TL-500, built in August 1979. The neck and frets are in great shape but there are some chips and marks around the body. You can read more about the guitar here.

Tokai Silver Star SS-36, Made in Japan 1979, SOLD
This is a beautiful looking Tokai Silver Star with great grain showing through the 3-tone sunburst. It’s all original and in really good state for its age with hardly any marks. Tokai together with Greco was without any doubt the best Japanese copies in the 1970-80’s and the reason why Fender started to produce guitars in Japan, first through FujiGen and later the Tōkai Gakki factory. It has great sustain and together with the legendary grey bobbin pickups it sounds amazing. You can read more about the guitar here and listen to it in this Youtube clip.

Tacoma Stratocaster, Made in Japan 1970’s, SOLD
This great looking Tacoma Stratocaster was made in Japan in the late 1970’s, most likely by FujiGen since it’s so similar to a Yamaha Super r’n Roller. It’s all original and in really good state for its age with hardly any marks. Neck, fretboard and frets are fine, it has great sustain and the pickups sounds great. You can read more about the guitar here and listen to it in this Youtube clip. 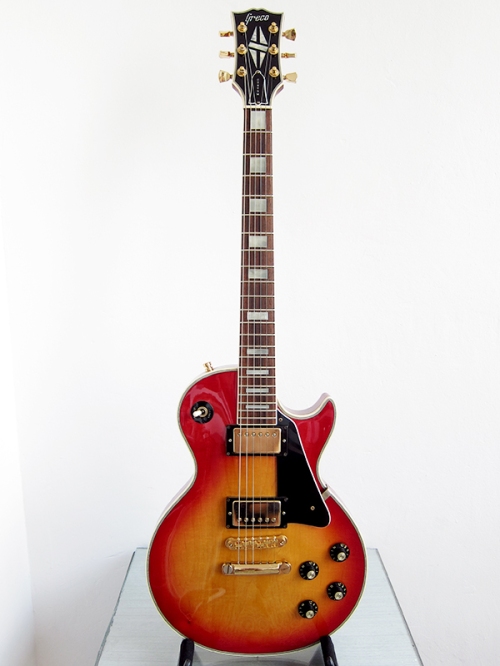 Greco Les Paul Custom EG-600C, Made in Japan 1980, SOLD
This is as a great looking FujiGen built Greco Les Paul Custom copy with gold hardware. It’s all original and in great shape for it’s age. Greco is well known for their build quality and the sound of their Maxon pickups. The neck, fretboard and frets are in great shape and there is hardly any marks to the body.  These Greco’s are of course set neck Les Paul copies and of way better quality then all the bolt-on neck guitars built by Matsumoku and other factories. You can read more about the guitar here.

C.G. Winner AO-410, Made in Japan, early 1980’s, SOLD
A great sounding C.G. Winner AO-410, a well built double cutaway neck trough guitar made in Japan. The brand was created by Clarence Griffith Winner (C.G.Winner), an American luthier and close friend of Leo Fender and built by Matsumoku in Japan, the same factory as Ibanez and Aria Pro II. These guitars are supposed to have Di Marzio humbuckers but I can’t see any markings on them so there might be normal Maxon pickups in this one. It has an awesome baseball bat neck, really fat and nice and plays really well. The hardware is a bit tarnished but it’s in overall really good shape for the age, the neck is straight and frets are fine. You can read more about the guitar here and watch this Youtube clip.