It’s been fairly quiet here for 2-3 years and I’m terrible sorry for that, I’ve been busy trying to raise two kids and get through a pandemic. In August 2020 I turned 40-years old and bought a lovely old guitar for myself, as I sometimes do when it’s my birthday. It’s a 1965 Levin LS/LT-18 and I wished I would have had time to take pictures, record a video and write about it earlier but I just never got around to do it. This guitar is a bit odd, but as they say, anything can happen in a guitar factory. It has a LT-18 neck on a what appears to be a LS-18 body and it looks like it left the factory that way. The body has an old LS-18 label inside, just like the 1960 Levin LS-18 that I got, but the body is stamped inside with a Goya serial number for 1965, 227210, while the head is stamped with a Levin serial number from 1965, 450431. So if we move away from the fact that the body is Goya stamped and the head is Levin stamped, I have a couple of those guitars at home so that seems to have happened now and then, the big mystery is the LS-18 label. According to Vintage Guitars Sweden the Levin LS-18 was discontinued in 1963 even though the latest known example is from 1965, 451584. Did one of the old men who built the Levin guitars refuse to start building the new Levin LT-18 and just continued to build Levin LS-18 in secret for two more years? Did they have a lot of bodies and necks lying around and released a Levin LS-18 once in a while as a treat? They did open the new factory in Lessebo in 1965 so perhaps everything was a bit of a mess around that time because of the move? Either way I really like my 1965 Levin LS/LT-18, it has a lot of bass and bottom and reminds me in sound of my 1960 Levin LS-18 but with the feel of playing my 1968 Levin LT-18 which I love and use as my main guitar. I’ve always felt that my two late 1950’s Levin LM-26 sounds in one way, they are very light and airy, and my LS-18 is very bassy and woody, and my four mid-1960’s Levin LT-18 are very punchy in the mid-register and loud. The specifications are the same from year to year but it feels like they all have their differences. The best part of this Levin LS/LT-18 for me is the neck, it’s really fat and perfectly cut so it feels like this guitar was built by one of the older builders that liked things how they were in the past, no modern nonsense like thin and easily playable necks.

I know the blog has been quiet for a while and I’m sorry about that. It’s because of my family situation, I’m trying to raise two small kids, so I haven’t had much time for buying, restoring and selling guitars. I’ve done what I could to get rid off what I had lying around the house to make room for the kids and just kept my favourite Levin guitars. Hopefully things will change when the kids gets older and I will have time to work on guitars again. For now you can enjoy this music video I recorded over the weekend with Laura Pacios on fiddle for Gems On VHS for their #GemsInTheRough2021 contest. I’m playing my trusted 1968 Levin LT-18, my favourite guitar and the video was recorded on Montjuïc, Barcelona.

The Claes Anderson EP is now up on Spotify and all other digital platforms.

Claes Anderson’s first single Your day will surely come from their upcoming EP was officially released this past Friday.

Welcome to the world, Vilke

I haven’t been posting for quite a while, I’ve been busy with the family. We managed to get through a pretty complicated pregnancy and were lucky enough to get a little baby boy out of it. So now the family have grown and Frida got her little brother, Vilke. 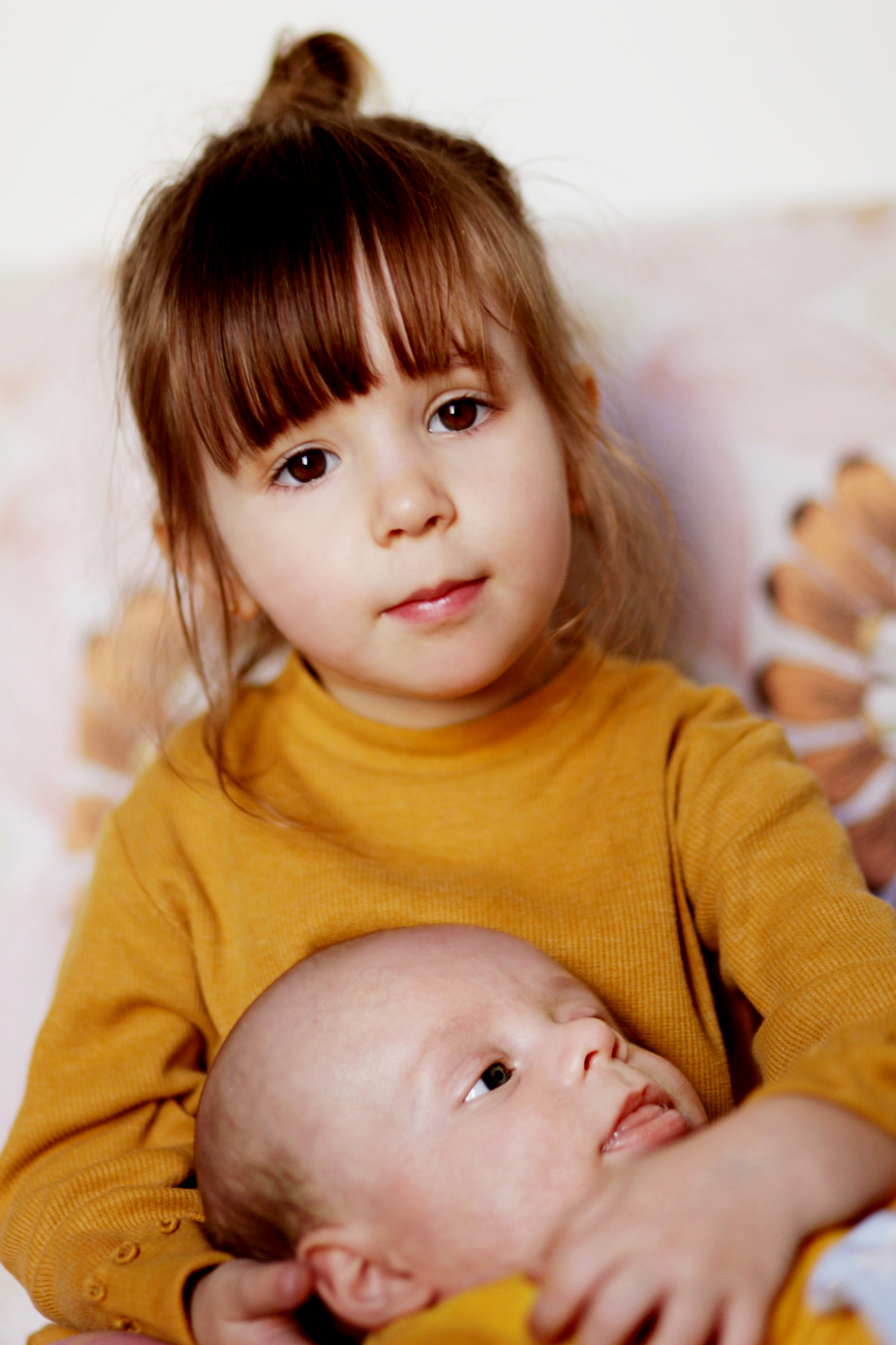 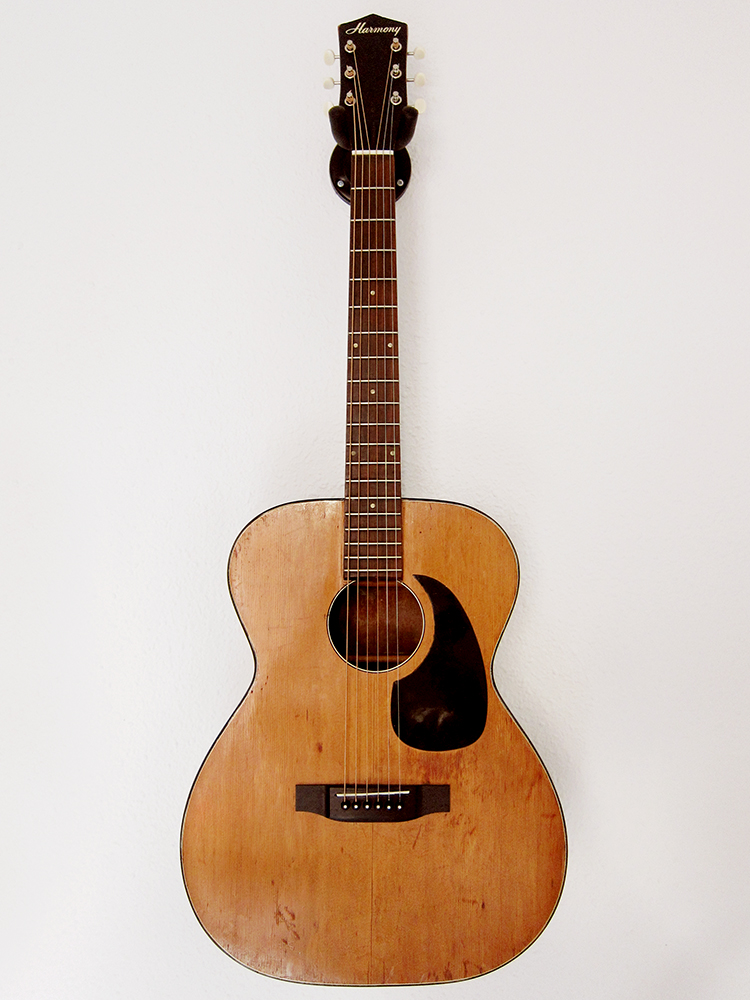 I finally put the second Harmony H-162 back together. I got two late 1960’s Harmony H-162 acoustic guitars about 2-3 years ago and it has taken forever to actually find the time to re-set the necks on them. The first one I put together back in November and that one was sold straight away. This one is reserved for a friend of mine but if he decides to get one of my Levin guitars instead then I will put it up for sale. They are really nice these Harmony guitars, wide neck, strong tone and great wood. Harmony used the same wood supplier as Martin back in the day. These were called folk guitars which is a grand concert size, the exact same size as a Martin 000. The Harmony H-162 was produced in Chicago from 1940-1971, this one is most likely from the late 1960’s looking at the headstock. Even though it was an inexpensive guitar at the time they were built with all solid woods, back and sides of selected quality mahogany with a resonant spruce top. It’s a surprisingly well sounding guitar for being a mass produced ladder braced guitar, way better sounding than any Gibson B-15 or B-25 I’ve heard and it cost a third. The neck is pretty wide which makes it extremely comfortable for finger picking. Considering the price of a late 1960’s Martin 000-18, or even a Gibson B-25, the Harmony H-162 is a bargain for a USA made all solid wood vintage guitar.

The Harmony H-162 was missing machine heads, nut and saddle so I cut new ones in bone and added machine heads and some ebony bridge pins. 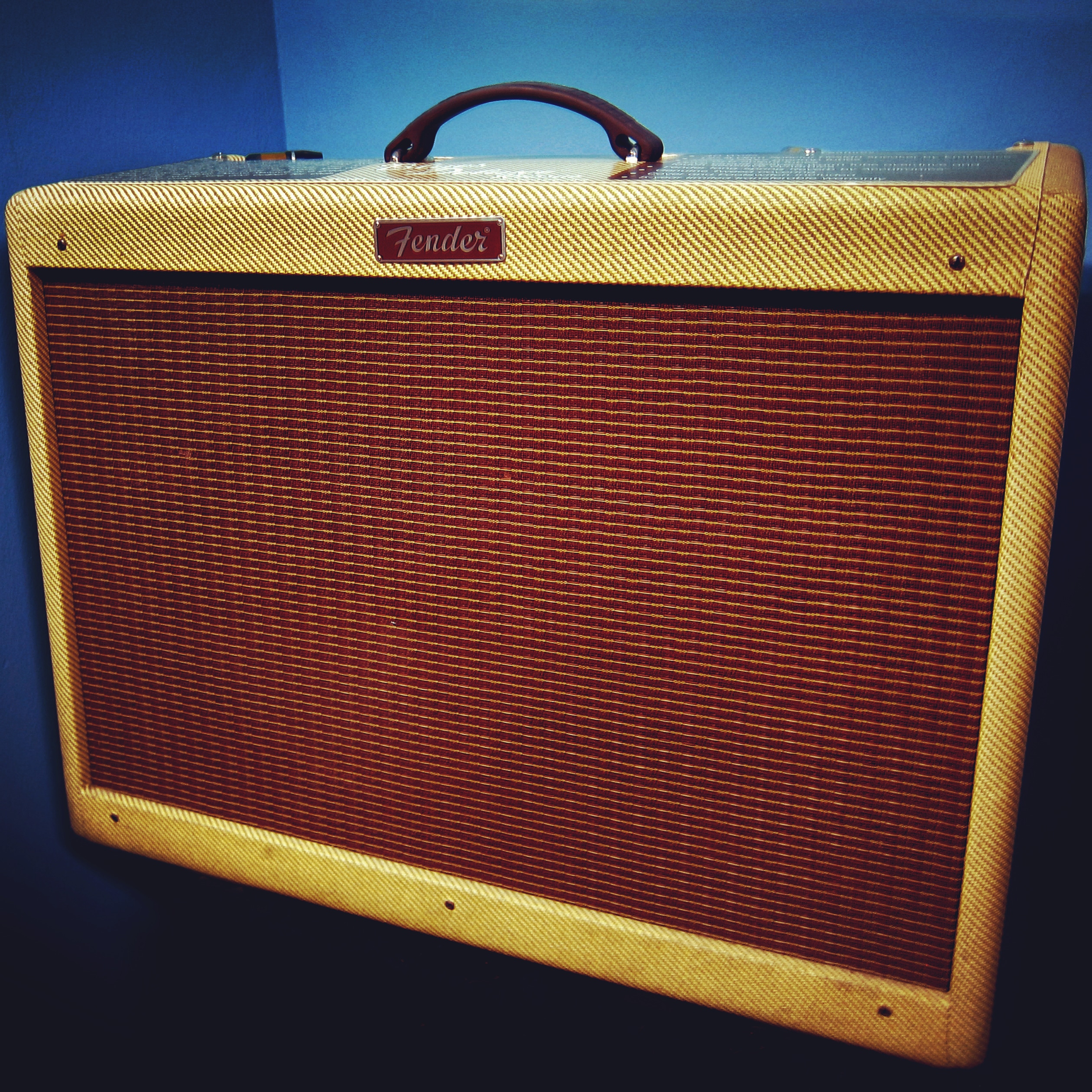 I recently sold my Fender Blues Deluxe™ Reissue amplifier. It was my first proper amp and I will miss it for sure, until I find another Fender amp that sounds the same but is smaller. The problem was the size and volume, 40W tube amps are really loud. I couldn’t use it at home and we rarely do gigs where I could use a 40W tube amp. I’m thinking of getting a Fender Blues Junior™ Lacquered Tweed instead, it’s 15W so that would suit my needs better. Unfortunately I haven’t found any guitar shop in Barcelona where I could try one so I guess I will have to get it online and hope the reviews are accurate enough. Other recommendations are more than welcome, just write a comment below. 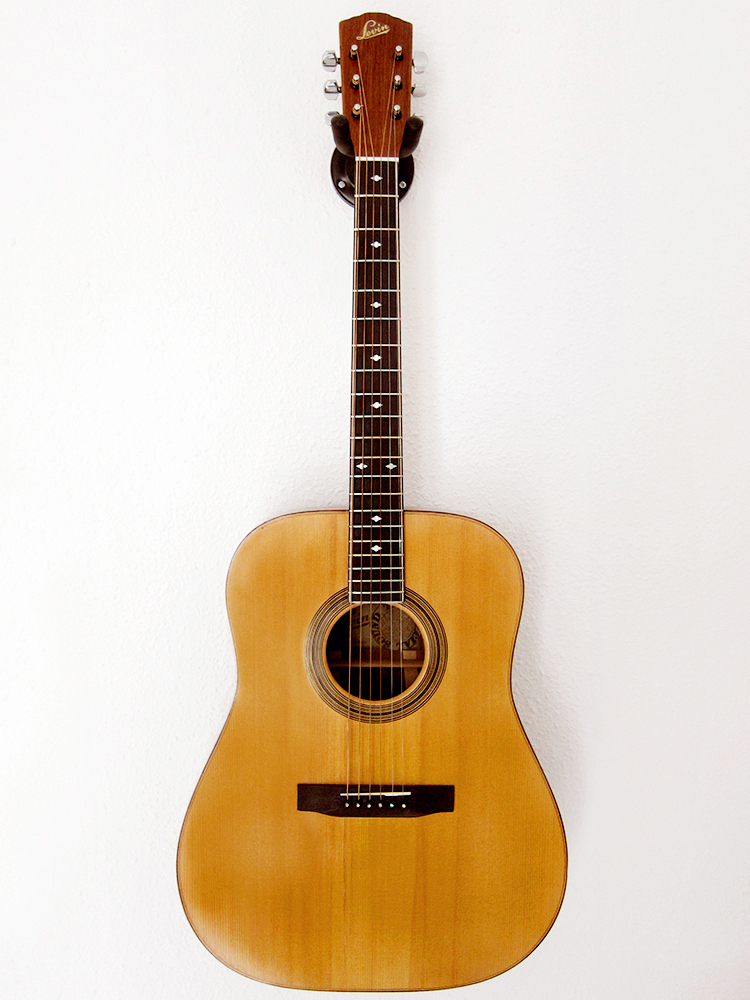 Sometimes I feel like a recovering Levin-oholic who keeps falling off the wagon time after time. I promised myself, and my wife to stop buying Levin guitars but just seems to be unable to. I recently found this beautiful and very unique Levin W-30 in Sweden that I couldn’t resist and had to buy. Now I’ve realised that I probably shouldn’t have. I’m running out of wall space for guitars and I could do with the money for other more pressing family related things, apparently guitars is not a high priority in the joint family account. Therefore I’ve decided to put it up for sale. I believe this guitar to be a rare one off, most likely built by one of the Levin builders for himself and outside of the normal production. They stopped making the Levin W-30 in 1975 so that’s the first sign that this is a unique one. The previous owner bought a lot of parts, material and finished guitars when the Levin factory closed down in 1979, well actually an old man called Friis did, who had a music shop in the north of Sweden and when he died and closed his shop the previous owner bought parts of his left-over Levin stock and this guitar was one of them. He claims that it was built in 1979, otherwise it wouldn’t have been around when the factory closed, which makes perfect sense. The original Levin W-30 came with block inlays while this has beautiful snowflake inlays in the bound ebony fingerboard instead. The alpine spruce top and the rosewood back and sides are bound with a five layer wood binding which looks really classy. It’s also treated with a thin layer of lacquer instead of the heavy clear coat that the mid 1970’s Levin W-30 came with. That gives a really open and beautiful sound, very Martin like. The guitar is in very good state but has some small marks around the body. The neck is in perfect condition and so is the frets. The spruce top has had a dry crack professionally repaired, these type of cracks are very common on Levin guitars because of the dry winters in Sweden. The guitar is equipped with an under saddle pickup and ready to play with live. This is a unique 40 years old hand built Swedish guitar for a third of what a vintage Martin would cost. 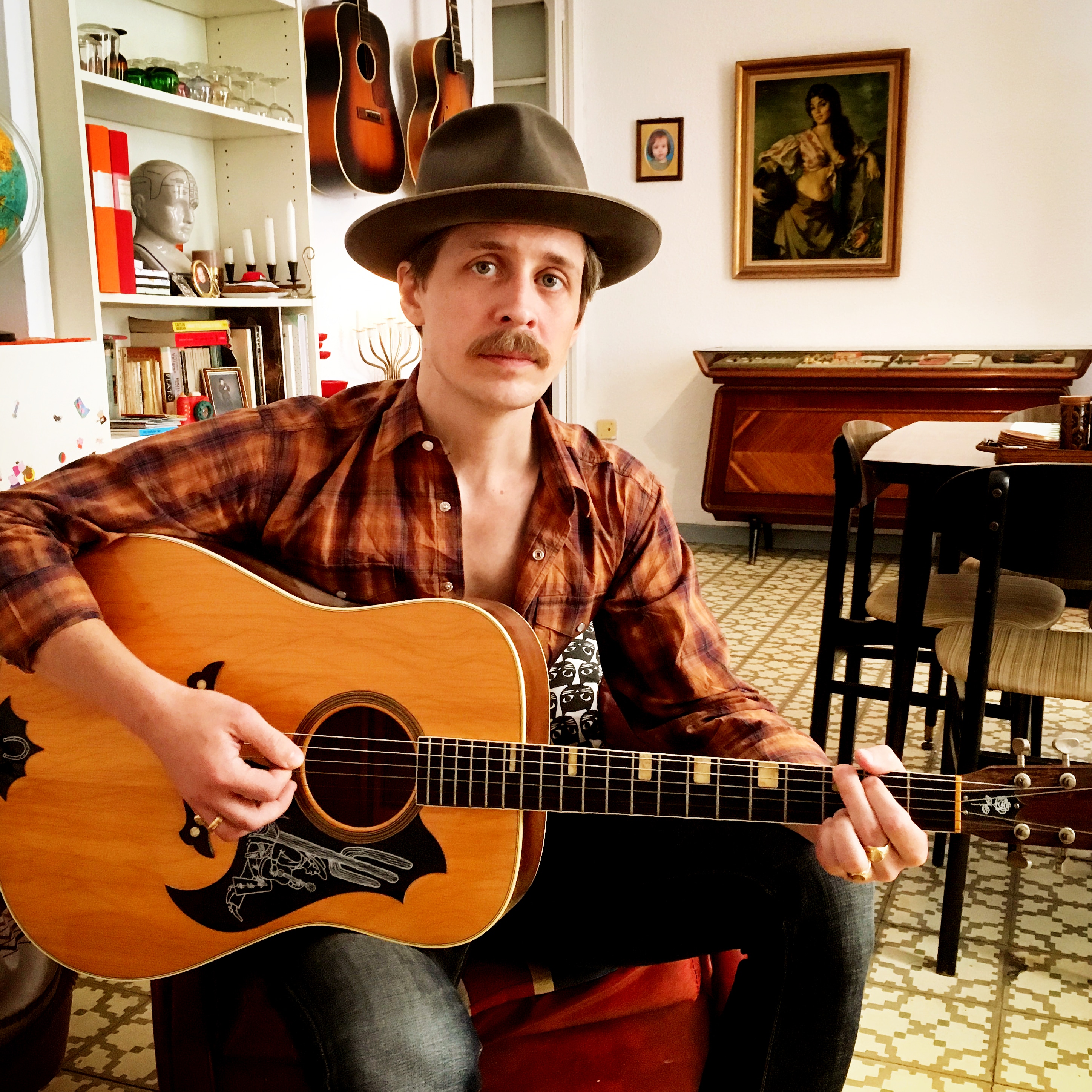 I was invited to be a part of Bring It Home Music and did a tour of my home. 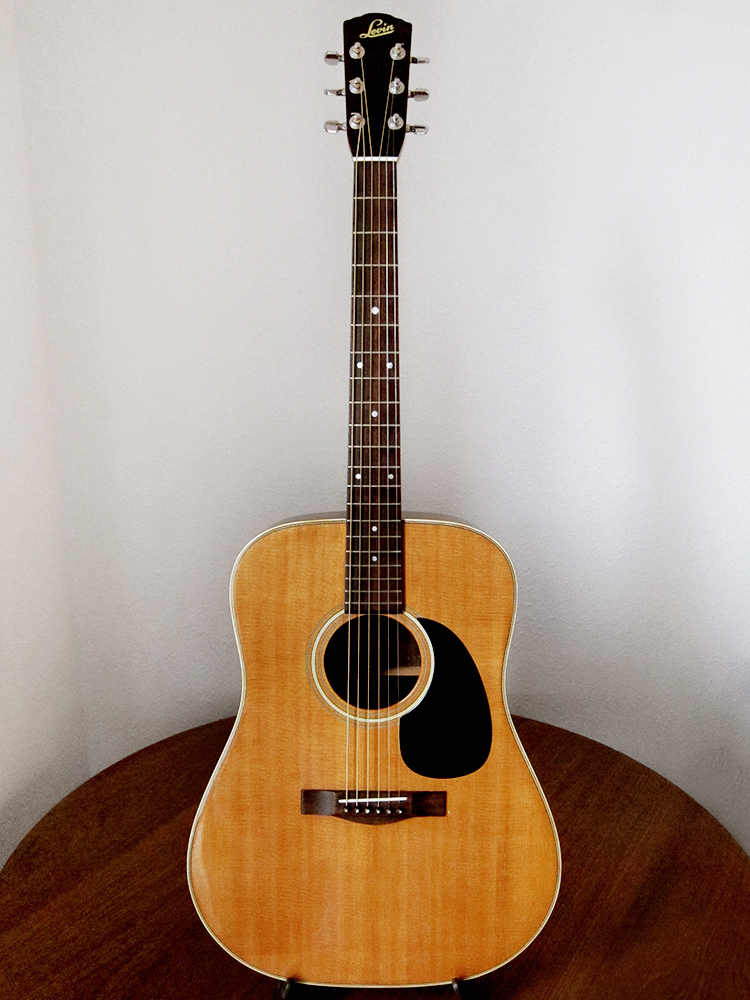 I have a lot of Swedish made Levin guitars but I’ve never actually had a Japanese made on in my hands, until now. After C. F. Martin & Co. purchased Levin in June 1973 they started to import Japan made Sigma guitars for the European market under the Levin brand. There are actually quite a few of these mid 1970’s low end Sigma’s, especially in Sweden, but it’s a lot rarer to see a high end 1979-1982 Sigma made in Japan with Levin on the label. There is a very rare version called Sigma DR-14, which is a DR-41 but with a 3-piece back, that was imported through Levin. When the Levin factory closed down in Sweden in 1979 they had a short run with making Levin guitars in Japan, mainly Martin copies. I have to say that owning a 1982 Sigma DR-41 and now a Levin LDR-28H, they are very similar in build, sound and feel. Even though they are two different models, you can tell they are made in the same factory and both are excellent guitars. Now when I have a fancy pants real Martin to compare them to, my 1999 Martin HD-28LSV, there is something very special about these Japan built Martin guitars. There is a punch in the mid range and a cleanness to them, less woody and more sparkly perhaps. It’s very hard to explain but I really like the sound and I guess that’s why I got in to Japanese built acoustics in the first place.

The Levin LDR-28H is in pretty good shape for it’s age. There is an old crack on the lower bought of the top but it’s well glued and doesn’t look too bad. I really like the eye for details on this Martin HD-28 copy, diamond volute, herringbone binding and zig-zag backstrip, just like on my Martin HD-28LSV. 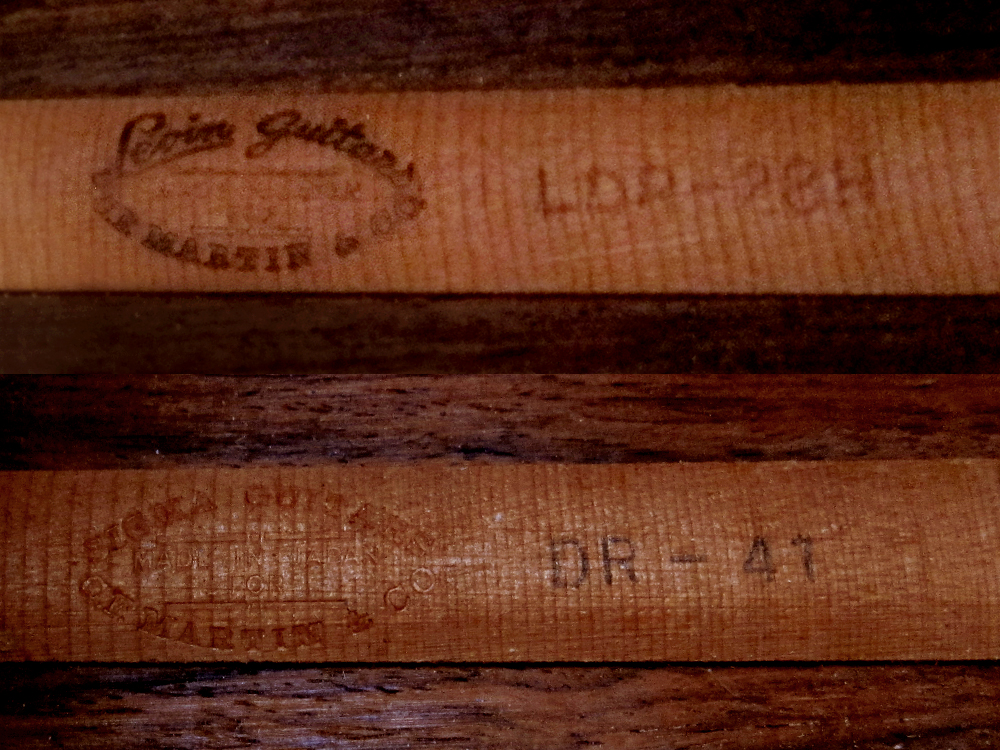 The Levin LDR-28H and my Sigma DR-41, most likely made in the same factory in Japan under the supervision of C.F. Martin & Co.