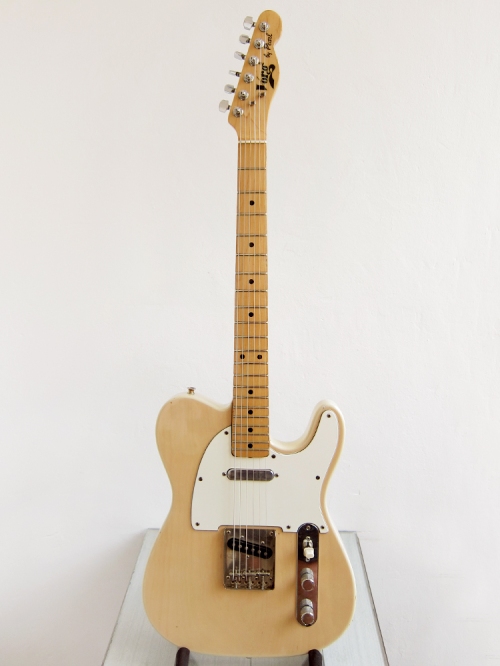 Vorg by Pearl, built in Japan by Matsumoku in the mid 1970’s

I recently got myself a Vorg Telecaster. These where built by Pearl in the Matsumoku factory and named Vorg for the German market. The previous owner claimed that it was built in 1977 since the serial starts with 7 which could be true, it’s built in the mid 1970’s for sure. It’s all original except for the machine heads which has been upgraded to a set of Schaller. The guitar has been converted to a string through with bushings on the back instead of being top-loaded something that obviously improved the sustain and overall tone. The original pickups looks like they were made by Maxon, something that makes perfect sense for a Matsumoku built guitar of that time. The neck is fantastic, really chunky for being a Japanese guitar. It’s a great sounding and playing Japanese Telecaster that I unfortunately can’t keep. I bought it for my birthday last month but the same week I found another late 1970’s Fender Telecaster so this Vorg has to go. It’s for sale here.