If you want to know what the tonal qualities are in different woods, what’s the best body wood for your next guitar building project, or maybe you are just curious to figure out what your guitar is made of. Then check out Alan Ratcliffe’s wood guide. I think my favourite is still Swamp Ash, probably just because the name sounds so awesome. I’m planning to build a new Claescaster soon, from scratch this time, and therefore I’m researching different suppliers of “licensed” Fender replacement parts, Warmoth, All parts, Musikraft, WD, Mighty Mite etc. It seems like US eBay is the best option for bodies, but then you might get hit with unnecessary import taxes and the shipping to Europe is quite high. I found this quite cheap UK seller but they only sell unfinished bodies and I would prefer to have it finished. I’m not sure if I trust this Hong Kong seller but that would be the cheapest option without any doubt, 107€ including shipping. The search continues…

Sometimes I wish I was stinking rich so I could buy all the guitars in the world. Then I realise that my life would probably not be that much better just because I had a million guitars. I wouldn’t have time to play them all and after a while I guess nothing really impress you. If you have a couple of Jimi Hendrix Strats in your collection then the Strats that you have that didn’t use to belong to Hendrix would probably feel pretty boring in comparison. I don’t have any really expensive guitars in my collection. Mainly because I’m not rich enough to buy a 1952 Telecaster, a 1964 L Series Strat or a 1958 Sunburst Les Paul, but also because it would be pretty pointless. When would you actually take out an instrument and play it if it was worth ten thousands of Euros? You would be so scared that something happened to it that you just kept it in a vault, like John Entwistle did. Guitars are meant to be played, and adored, but mainly played. I prefer to have guitars that I can use, bring to gigs and rehearse with, as well as hang on the wall and adore at home. Therefore I think guitars for around 500€ are ideal, at least for me. If you know what you are doing you can still get amazing Japanese guitars for 500€, especially on eBay. Expensive enough for having descent quality but cheap enough to replace if something happened to them so you really dare to use them. 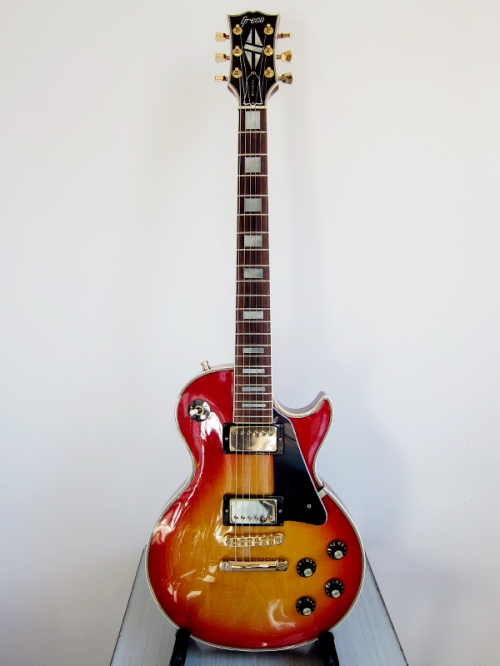 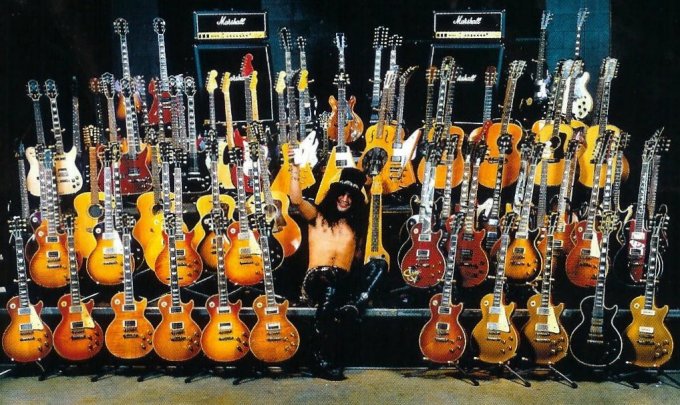 I have created a For sale section in the top. If you wish to purchase any part of the Claes Collection just send me an email, contact details on the For sale page. 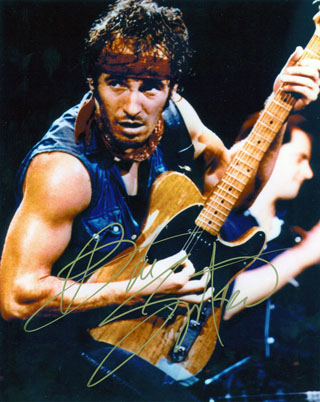 Buy American! The electric guitar was invented in the USA so there is no surprise that they used to produce the finest guitars in the world. However, in the Seventies as competition grew stronger Fender and the big boys started to focus more on market shares and suddenly quantity became more important than quality. At the same time the Japanese factories really stared to get a hang on building amazing copies of American instruments with more eye for details than the Americans themselves in some cases. Epiphone, Gibson, Fender and Grestch all moved part of their production to Japan for the amazing quality offered to a lower price. The list of world domination on the guitar building market used to be USA, Europe, Japan, Korea, Taiwan, China etc. Now things started to change and Japan took over a big part of both USA and Europe’s production. Japan was never really that cheap, well they did produce super cheap instruments too, but the top brands was still quite expensive so in order to increase their profit most of the Japanese manufacturers moved parts of the production to Korea in the Eighties. Suddenly a Japanese copy of and American guitar was now being produced in Korea. As the Eighties became the Nighties even the Korean workers started to feel expensive and production was moved to Taiwan, China or in some cases even Singapore, Indonesia or India. Japan is still the best guitar builders in the Far East but as their prices increased more and more people settled for number two, which used to be Korea but things have changed, again. The Koreans have become sloppy, and expensive so now Tokai and other companies have moved their production to China instead. China is the new Korea. I have to say that the two Tanglewood parlour guitars that my girlfriend and I have are amazingly built for the price. They are hand built in China and I doubt that anything built in Korea today could match that. Korean built instruments from the Eighties are still really good so I believe this change happened in the last 5-10 years. It’s going to be interesting to see what happens when the Chinese built instruments gets the recognition they deserve on the second hand market. Today sellers just push for guitars being MIJ, Made in Japan, or MIK, Made in Korea. When will the MIC arrive and how much will they be worth?

Set neck or bolt on

A lot of people I have met over my 20 years of playing guitar have told me how horrible bolt on guitars are. This is the general opinion amongst guitar players and it can easily be seen in the second hand value of old Les Paul or SG copies for an example. “Oh it has a bolt on neck, well then I’m not interested.” I think it’s important to remember a few things. Most guitars were bolt on in the beginning, especially Japanese guitars up until 1973-74. It seems like it was only Gibson and the American makers that knew how to make set necks or maybe it was just too expensive to copy for brands in Europe and Asia. If you look at all the amazing German guitars from the Sixties like Hohner, Höfner or Italians like Eko, or even Swedish like Hagström, they will most likely be bolt on up until the early 70’s. My Hagström HIIN OT that was made in Sweden in 1975 has a bolt on neck, this was standard for a lot of brands back then. This was not a cheaply made instrument and back in the day it was good enough for both Frank Zappa and Jimi Hendrix. It’s an amazing guitar and I doubt it would be any better if it had a different neck joint. With a set neck I think they would have had to make both body and neck thicker, which would be hard for Hagström to sell since they were known for having the fastest necks in the world. A combination of thin necks, special H truss rods and amazing Swedish wood was their selling point when they broke in to the American market in the late Sixties. I don’t think that Frank Zappa thought his Hagström guitars were useless just because they had a bolt on neck.

For me the quality of the guitar in general and what type of wood is being used is way more interesting than if the neck is screwed on or glued. There is a lot of discussions whether set necks has greater sustain or not and again, it’s probably more down to the wood than which type of neck joint the guitar has. I guess there could be a slight difference in sound depending on how the neck is joined together, at least if you are going to believe this Guitar Player article. Then again, it’s not really fair to compare a Gibson guitar with a Fender guitar. I think pickups, body shape and wood has more to do with why a Telecaster and a Les Paul sounds differently, not the fact that the necks are joined differently. It would make more sense to compare two Japanese Les Paul copies of equal age and quality, one with a set neck and one with a bolt on. I doubt that you could hear the difference.

If we are going to trust the old, set necks has more sustain, then all Fender instruments should have less sustain. I would have to say that I disagree since I have played and heard Stratocasters with amazing sustain. Again, I believe that the quality of the wood is causing the sustain, not the glue or screws. The most important part, as always, is to play what you like and don’t care what other people say. I’m 100% sure that a Japan made Les Paul copy from the 1970’s with bolt on neck that cost ¥50 000 back then sounds better than any modern far east made copy with a set neck. It’s all about the quality of the instrument, not how the neck is joined to the body.

My bolt on Westone Les Paul copy from the 1970’s made by Matsumoku in Japan.

How to… fit a strap button

I have never been a big fan of having straps attached to the head of acoustic guitars. Therefore I decided to fit strap buttons to the base of the neck on my acoustics. I checked some Youtube clips and got fed up with people talking too much so here is the quick version. Find a strap button you like, ideally in gold, everyone loves gold or at least I do. Find a screw that fits and a drill that is slightly smaller than the screw. Put a bit of tape on the drill to mark how long the screw is, or rather slightly shorter than the actual screw. Decide where to put the strap button and then drill the pilot hole. Put some wax or soap on the end of the screw, this makes the screw go in easier and apparently keeps the wood happy. Done.

Now some thoughts on this procedure. First of all, make sure you don’t have any extra hidden metal parts inside the neck before you start. I wasn’t aware that Levin had an extra metal plate for the truss rod running in the heel. When I tried to screw in the screw it broke in half and got stuck so I had to make a second hole just above and screw in a shorter screw. Not the end of the world maybe but still annoying and unnecessary. Second, make sure you find a good flat spot to fit the strap button. In the last example below you can see how close to the fretboard they are factory fitted on some guitars. I hate that. It’s really hard to reach if you want play solos or do some fiddly bits high up on the neck. Make sure you can fit your hand comfortably and remember there is going to be a strap attached which creates extra bulk. If you put the strap button too close to the bottom it will mess with the balance of the guitar and it will tend to fall forward when it’s not supported, the same if you fit it in the bottom of the heel. 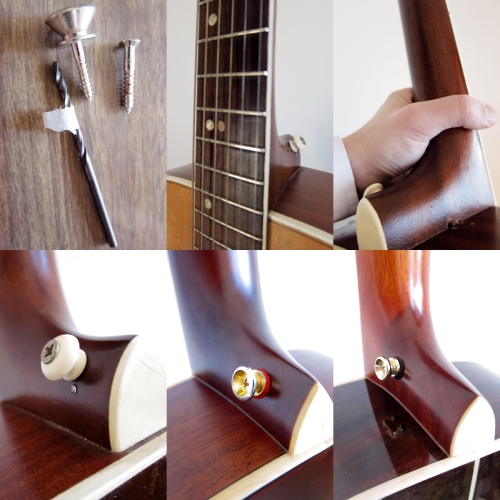 Levin LT-16, Vintage V880N, Tanglewood Rosewood Grand Reserve TGRP 73 VS E. I installed the strap button on the first two, as low as possible to be able to reach all the way up the neck. Notice how high up, close to the fretboard they were factory fitted on the Tanglewood. In this case it’s just a 12th fret parlour guitar so you can’t play much solos up there anyway but I do find it a bit annoying.