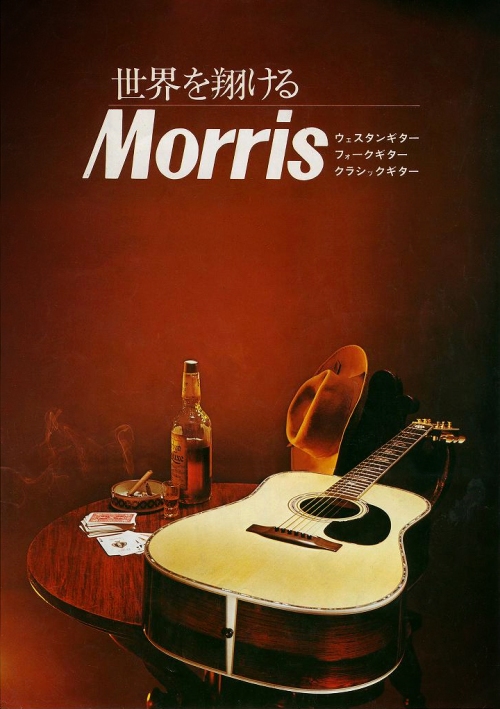 I’ve recently come across I pretty good source for old catalogue scans for Japan made acoustic guitars. It’s called oldguitar and has about 50 different Japanese guitar brands represented, some brands has more scans than others and most of them are in Japanese but it still pretty nice to see your guitars in old catalogues. Unfortunately I only managed to find my Morris W-40, K. Yairi TG-40 and Suzuki Three-S F-120, my Morris WL-35 and Kiso Suzuki WE-150 seems a bit harder to track down. 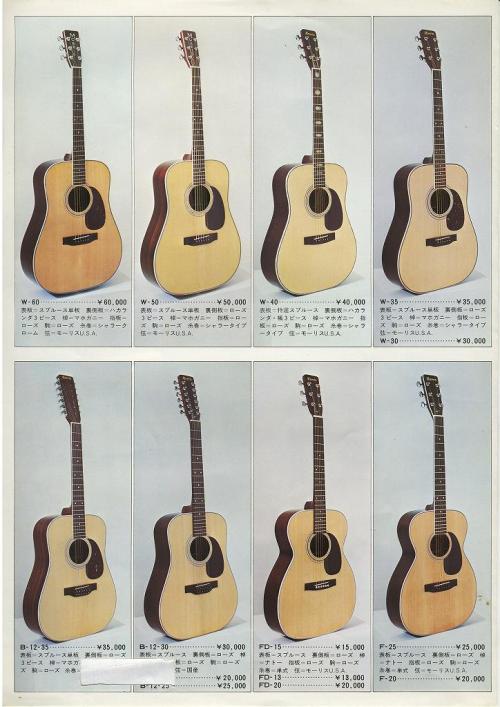 Morris W-40 in the Morris catalogue for Japan 1975 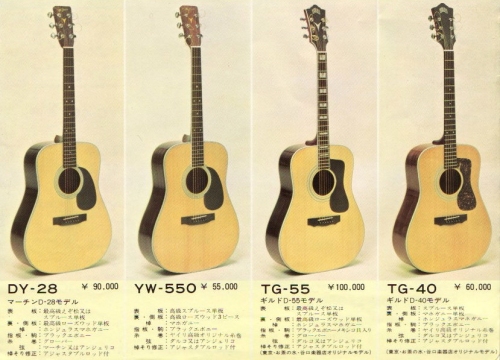