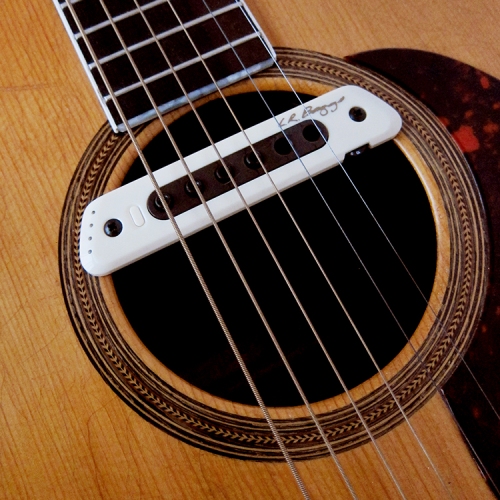 Finally, that took freaking forever. I ordered a LR Baggs M80 via eBay from the US, which first got stuck in customs and cost me 84€, then it turned out that it wasn’t a LR Baggs M80, it was LR Baggs M1A in the box. I guess it could be worse, at least it was the active M1 and not the normal. Since it would cost too much to return it and I wouldn’t get the custom fees back I decided to keep it, I paid for it and they sent me the correct pickup instead, which also got stuck in customs but this time it only cost me 23€. So it took more than a month for my LR Baggs M80 to arrive, I got a LR Baggs M1A that I don’t need and I had to pay twice as much as I was hoping for. Anyway, the LR Baggs M80 sounds pretty damn good, fuller and warmer than the LR Baggs M1A, with a lot nicer highs. Perhaps it wasn’t such a big  difference that it was worth all the money and drama that it cost to get it to Spain but now when it’s here I really like it.