How to… refret a guitar

I finally did it, I refretted my first guitar, well I actually did it twice. First out was my old Morgan Telecaster neck, a leftover from my first Claescaster. I don’t use it so it felt like a perfect neck to practice on, especially since it doesn’t have any binding. It was actually less hard work than I expected it to be, well it took some time to get the old frets out but still, no major issues. I just had to get over that first fear that I would break something and eventually build up some confidence that I knew what I was doing.

First I checked that the neck was straight with a straight edge and adjusted the trussrod until it was perfect. It was a lot easier to get the old frets out if you cut in a bit on each side with a sharp knife, it gave the pliers something to grip, but be careful so you don’t slip and scratch the fretboard, as I did. I used normal wood glue and then gently tapped the new Jescar FW43080 fretwire in place. When the fret edges were cut I taped the fretboard with masking tape and then filed down the edges, first straight and then angled the file 45°.

I checked that all the frets were the same height with a fret rocker and since they were I didn’t bother to level the frets, maybe I should have. I crowned them with a Uo-Chikyu medium fret crowning file and then softened the edges with a Uo-Chikyu edge file. I went of the frets with 400 and 800 grit and then polished until I couldn’t feel my shoulder with wire wool.

I decided to change the frets on my EKO Ranger VI as well, even thought I had just crowned and polished them two days ago. I want to get as much practice as possible before I start with the Tokai and to get a feel for the difference between rosewood and maple fretboards. I made a deep cut on the side of the frets which made it really easy to get a grip and pull out the old frets. It was actually so easy that I forgot to be careful and just ripped them out and managed to chip the fretboard. Which in a way was good so I got the chance to glue the chip down, sand down and then polish the fretboard, now I know how to deal with that as well.

Unfortunately I had bought some cheap non pre-radiused fretwire which meant that I had to try my best to get the correct radius by bending it which wasn’t that easy. I will never get that again, but at least now I know how annoying it is with fretwire that isn’t pre-radiused. I ended up with pretty rough edges, it felt like it was harder to cut than the Jescar, so I had to work a lot to file them smooth. Then I levelled the frets, crowned them, filed the corners and polished with 400, 800 grit and then wire wool. 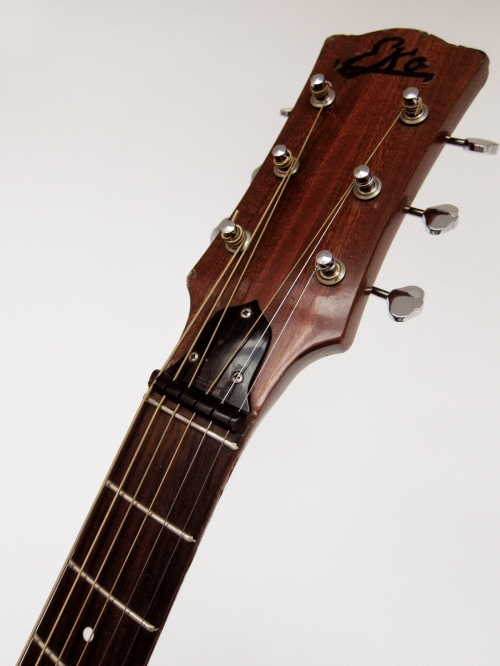 The final result, a refretted EKO Ranger VI. It used to have some dead spots around the 12th fret which disappeared straight away with the new frets.

Movie of the day 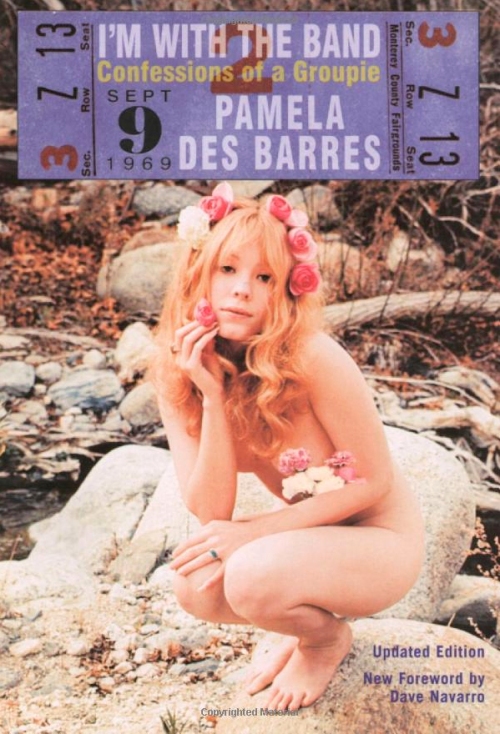 Araceli and I spend the Saturday night watching two awesome groupie documentaries. We had both read Pamela’s book, I’m with the band, so we kind of knew what to expect. We also saw Gram Parsons: Fallen Angel but I can’t seem to find that on Youtube, I had to download it.

I just bought another Hondo II P-bass on eBay, this time for my work colleague Verushka from the Barcelona based punk band Sect. The listing stated that the bass was untested so hopefully it doesn’t work and I got a lot of work to do before it’s ready to be played. Dani is selling his Hondo II but Verushka and I decided that black was more her and then we found this beauty.

How to… crown and polish frets

Last week I got all the parts needed to try to refret my Tokai, Since I have never done any form of fret work before I thought it was a good idea to practice on some guitars before I got down to business on my beloved Les Paul. The first thing did was to crown and polish the frets on my EKO Ranger VI. It was a bit scary, like always when you do things for the first time, but I soon realised that it wasn’t harder than anything else I done in the past. 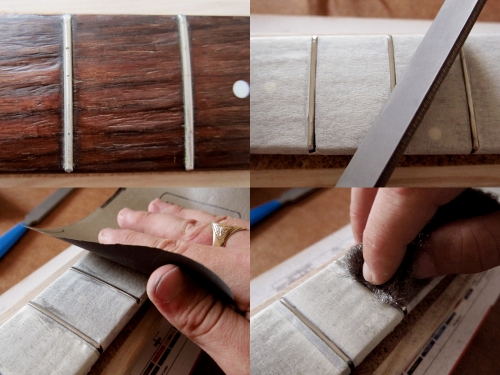 I masked the fretboard and then crowned the frets with my Uo-Chikyu medium fret crowning file. I read that was good to use 400, 600 and 1200 grit sandpaper to polish the frets but I could only find 400 and 800 here in Barcelona. Either way, it felt like the main difference was made by the last step, the wire wool.

Once the frets was shiny on smooth from the wire wool I went over them one last time with a cloth and some metal polish and the removed the masking tape and oiled up the fretboard with lemon oil. I decided to change the machine heads as well, I had a set of open back grover copies that seemed to suit fine. I think the neck almost looks like new now.